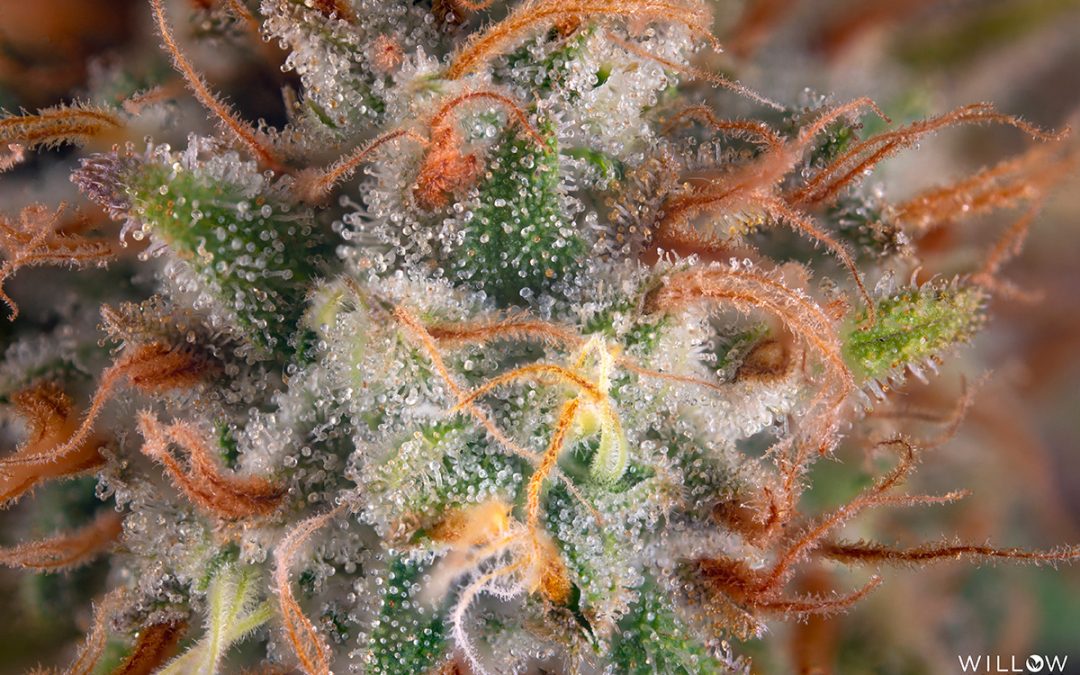 Today we’re going to talk about terpenes, the organic compounds in the essential oils of the cannabis plant that are responsible for strains having unique aromas and medicinal benefits.

The cannabis plant has over 100 different known terpenes, and due to our understanding of their benefits improving over the past few years, new attention has gone into their classification.

As many terpenes as there are, each has a special effect. Some terpenes promote relaxation or peace, others boost concentration. And it’s even possible to differentiate terpenes based on their familiar scents. Below are the most common terpenes, the scent they’re associated with, along with their healing properties.

Pinene. There’s two types of this terpene: Alpha Pinene and Beta Pinene. As the name suggests, they’re both commonly found in pine and conifer trees. But where Alpha Pinene smells more like pine needles, Beta Pinene smells more like rosemary, dill, or parsley. Unlike the aforementioned terpenes, Pinene stimulates alertness and even counters the effects of THC associated memory loss and improves memory retention. It can also improve airflow to the lungs and help counter symptoms of asthma.

Limonene. As you can guess from the name, this terpene has a citrus-lemony smell. While Limonene acts as a natural insecticide for cannabis plants, it can help its consumers as a stress reliever and a mood elevator. Because of its natural calming qualities and anti-inflammatory properties, it’s used to soothe anxiety, depression, pain, and possibly even ease cancer symptoms.

Myrcene. This terpene is found in nearly all cannabis. It has an earthy, herbal, musky scent, and is also found in hops and thyme. Myrcene is known for its sedative and antibiotic properties. It’s often used to treat insomnia and inflammation, and is an anticarcinogenic. Most uniquely however, is that the amount of present Myrcene in cannabis determines whether a strain is Indica or Sativa.

Linalool. This terpene has a sweet citrusy-floral scent. Frequently found in lavender, Linalool has mood enhancing and sedative properties. Like Limonene, Linalool has potential therapeutic value, treating anxiety, depression, pain, and inflammation, as well as insomnia and neurodegeneration.

Humulene. The other woody-earthy smelling terpene, Humulene is found in hops and basil. Like Myrcene, Humulene’s therapeutic potential lies in its anti-inflammatory properties and anti-tumor properties.

Caryophyllene. Unique among cannabis terpenes, this one has a unique spicy-peppery scent. Caryophyllene is commonly found in cotton, cloves, and black pepper. It’s effective as a stress reliever, and also has the potential to treat anxiety and depression. Along with that, it is an effective anti-inflammatory and antiseptic that can treat pain and ulcers.

In addition to each individual terpene having their own medicinal properties, there’s the supposed “entourage effect,” the synergistic lift that occurs between both cannabinoids and terpenes. As interest in terpenes grows, many analysis labs now test terpene content, giving cultivators a better idea of what particular effect the strain may produce.

When it comes to treating your crops, Willow understands the importance of terpenes in cannabis. Our WillowPure machine retains the structural integrity of terpenes by using a just-right amount of ozone that doesn’t penetrate the essential oils in the plant.

To learn more about cannabis terpenes or to discover how Willow Industries can help ensure your crop is safe and meets all legal requirements for selling, contact us today.