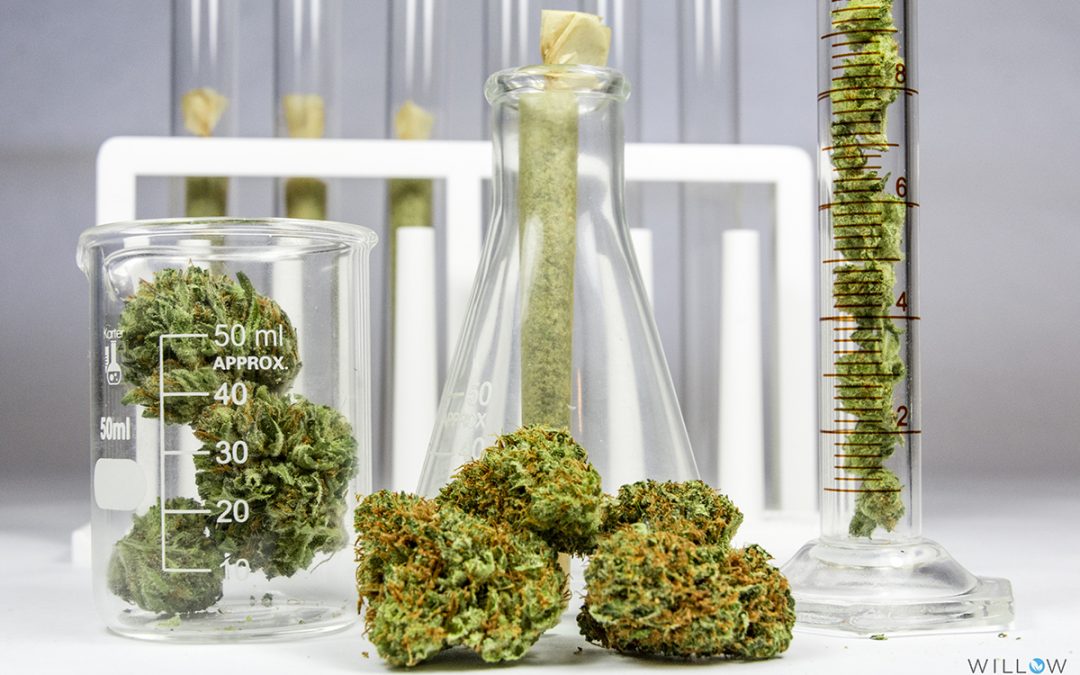 Aspergillus is a group of molds with over 200 different species. Of these, 16 have been deemed as possibly dangerous to human health. With the rising popularity of medical and recreational cannabis in the United States, certain states are beginning to opt for mandatory Aspergillus testing on all cannabis products that are put onto the market. California and Alaska are two of the first to adopt this policy.

California currently tests for 4 aspergillus species, which must not be detected in 1 gram of product. These species are:

Aspergillus Flavus – This infects humans the second most out of all species. It is known to create the carcinogenic mycotoxin, aflatoxin. Aflatoxin is not constantly being produced, but can be triggered by factors such as stress.

Aspergillus Niger – The most common species, Aspergillus Niger infects humans the third most often out of all species. It is capable of creating a fungal ball in the lungs after a small amount of growth. Health effects can include hearing problems / hearing loss.

Aspergillus Terreus is less commonly encountered as a pathogen, however it can be the most deadly. It is most commonly found in soil, but can grow on decomposing plant material. A. Terreus infection causes 100% mortality in people who acquire invasive aspergillosis. In comparison to 20 other species, A. Terreus infection is associated with the poorest prognosis, and has been named the leading cause of death in Leukemia and Stem Cell Transplantation patients. It has almost complete resistance to Amphotericin B, the most common drug used for serious fungal infections.

How dangerous is it really?

Symptoms of exposure to Aspergillus can induce allergic reactions, including asthma attacks, and infection. People with weakened immune systems are susceptible to infection of the lungs primarily, and Aspergillus infections are categorized in the group of diseases called Aspergillosis.

Patients where the following factors apply are at the highest risk for infection:

What can I do to make sure my patients receive Aspergillus-free cannabis?

Willow Industries was founded specifically for this purpose. Our technology doesn’t just deactivate Aspergillus spores, but it eliminates them entirely. We believe every consumer should have peace of mind knowing that their cannabis is free from any possible contaminants. Furthermore, medical patients should be confident that their medicinal cannabis would not do them any harm, even if they were immune-compromised. Contact us today to explore how we can help you create the cleanest possible product.